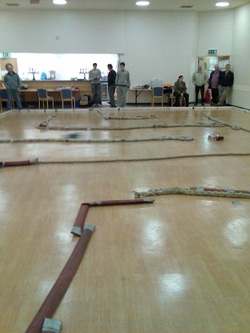 Chairman and founder of G.M.C.C. Mark Young tells us about the history of the Club.

G.M.C.C. was originally called Newham Radio Controlled Car Venue (N.R.C.C.V.) A group of us started the Club as there was only one other Club in the area that raced every fourtnight on polished floor. So we decided to run on alternate weeks giving racers the chance to race every week. As with many new Clubs funds were non exsistant so several of us put £50 each in to start the Club fund off with the intention of building the Clubs numbers so that we could buy carpet to race on in the future. Flanders Community Centre in East Ham, Newham was the Venue for N.R.C.C.V. and opened it's doors on Wednesday 06-02-2007. Only being a tiny hall with a track size of approx 8m x 12m. As we only had a small fund to start we decided to race on the polished floor with rope and trunking as track markings, which also meant we could attract drivers from the other local Club as they raced on the same surface with Schumacher yellow mini pins. 27 turn brushed motors were the most common used as this was the biggest class at the time. It was always a challenging nights racing but taught a lot of drivers some valuable skills for their future in racing, some who still race today. As time went on our numbers grew and we were able to get new equipment for race control such as a more up to date laptop and sound system but we were still using manual counting as we all know AMB's are very expensive.

As the Club grew we were lucky enough to get a tip off whilst racing at Carpet Wars in Kent that the Gray's Club had shut down and thrown all of their tug boat rope that they used for track markings in the big bin outside their hall. So after we finished racing we all dashed back through the Dartford Tunnel for some bin diving and that's how we got the rope that we still use today. Plastic trunking is the norm at many indoor tracks now which we have for the track edging but the trusty rope is very forgiving on the cars so if it don't break it don't change it.

Our numbers grew throughout the year so we decided to buy a second hand AMB 20 handout tranponder system which made life a lot easyier and a lot more accurate for timing the laps. So within less than a year we had nearly everything we needed to run a Club as well as any other.

Bigger is not always better:

So our first night at Vine Church Hall was Tuesday 22-04-2008 a change of day from our regular Wednesday nights due to the Hall only being available on this night. It was decided not change the Club name as it may confuse some so we kept it as G.M.C.C.

We built our Club funds up over the following year to the point where we could purchase Prima Felt Carpet as used by all the big Winter Series which made racing so much better and car set up easyier for all the racers.

Over the next few years our Club grew from strength to strength and on a busy night 20 drivers was the norm so some very busy nights with fantastic racing.

Club and Driver achievements:
​
Over the years we have had many drivers through the doors of G.M.C.C. from begginers to National A Final racers. Some become regular racers others come when they can. As our track is smaller than most Venues it takes a while to get to grips with the track layouts, but when you do it pays dividends when racing at major meetings as myself and some of the kids that race regular at our Club have proved over the years making regular A Finals at the B.R.C.A. Clubmans meetings through out the Country. 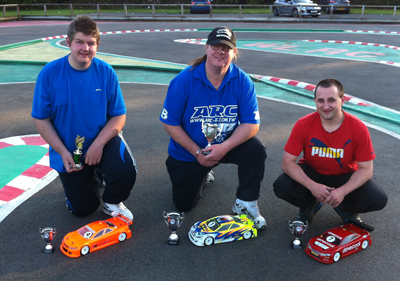 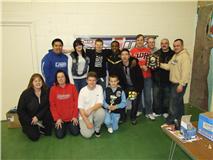 This year we decided to run a full Championship something we had not done before other than Club Championships. As we race in a Church Hall it is not available on Sunday so we ran our very successfull G.M.C.C. Spring Bank Holiday Series held over the 3 Bank Holiday Mondays through out April and May. The Classes raced were 17.5 Blinky Touring Cars and GT12. The Series was well attended and most importantly everyone had fun. Having a few National drivers in attendance added a great atmosphere to the racing and spiced things up a bit. Both Class Championships went down to the last lap of the last finals at Round 3 which shows how competitive the racing was. I must say a big thank you to H.R.C.C. for their help with this meeting and for all of their drivers who came to race. 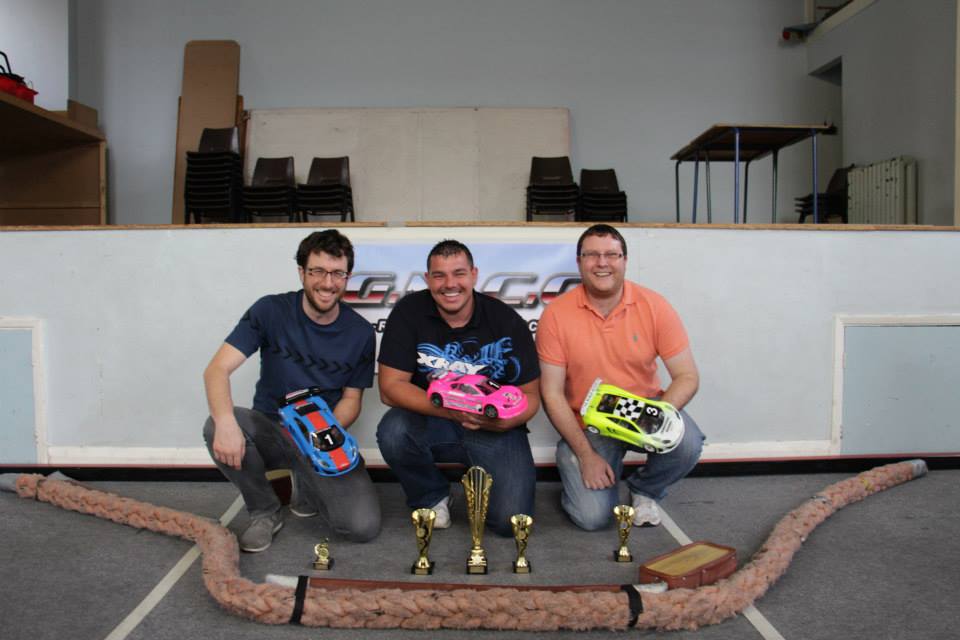 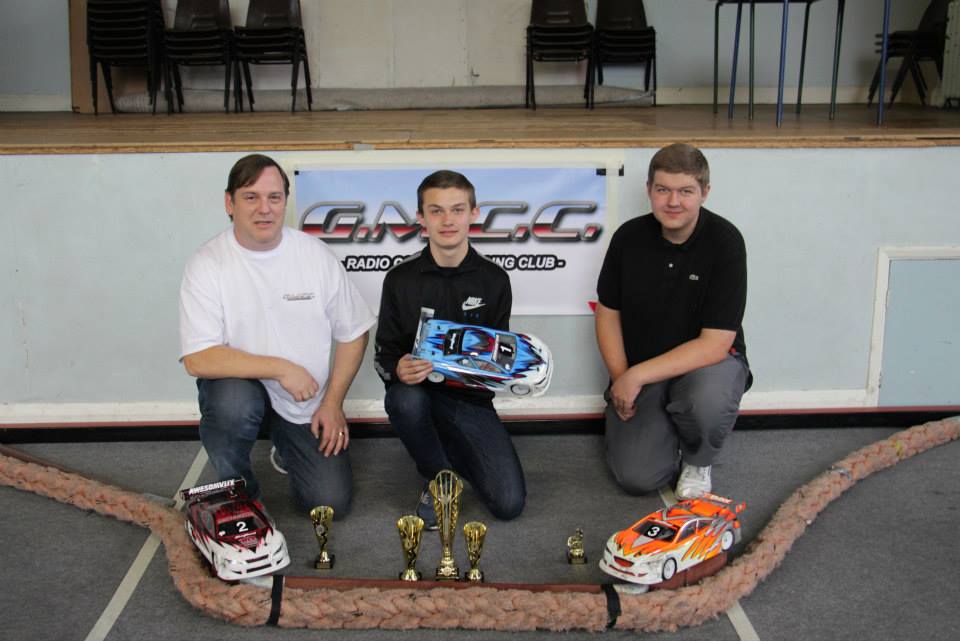 So what's in store for our future?
​In 2016 we will be running the G.M.C.C. Spring Bank Holiday Series again as it was such a huge success this year.

If you would like to pop along and see what we are all about we race on the 1st and 3rd Wednesday of each month. Doors open at 6.45pm racing starts at 8.00pm and finishes at 10.15pm.